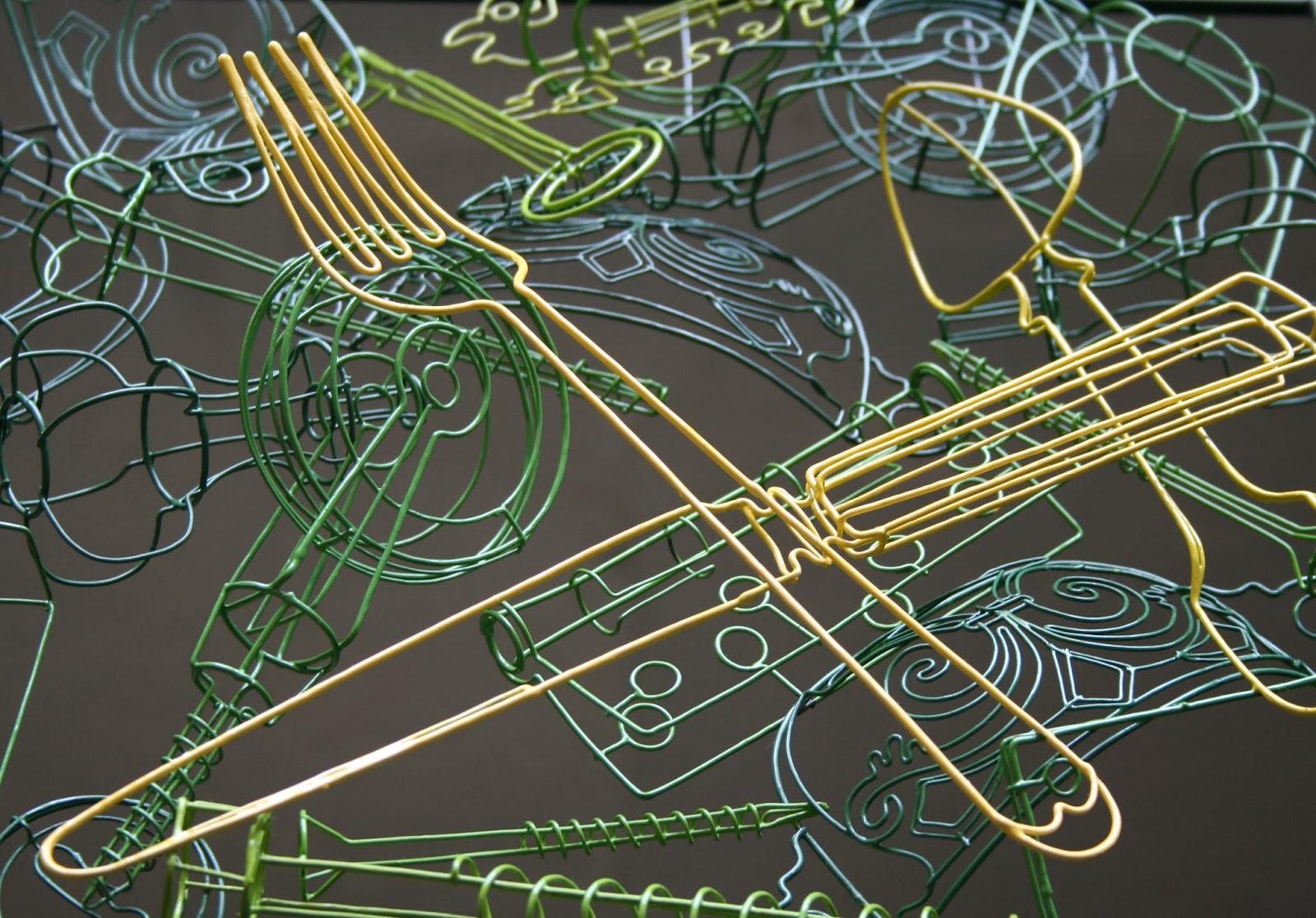 Regenerated was a self initiated project involving three Birmingham based makers and the Museum of the Jewellery Quarter. Myself, Miranda Sharpe and Rajesh Gogna worked together to develop a series of workshops for a school group responding to the question, How do we capture the mood of the museum? We also created three commissions which responded to and were displayed within the Smith and Pepper Factory.

I decided to study the metal tat boxes found in amongst the works benches and created a composition piece studying their innards in various hues of green and yellow.

The project was kindly funded by the Arts
Council England. 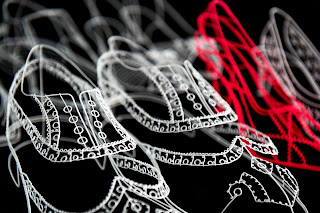 '40 shoes' was commissioned by Conran and Partners on behalf of D&D London. The installation piece consists of 40 shoes, in singles and pairs. They adorn D&D's new South Place Hotel in Moorgate, London. The sculptures are painted white with occasional flashes of neon, places against a dark backdrop.

The hotel is an amazing 'art' hotel.

To find out more about South Place Hotel click here 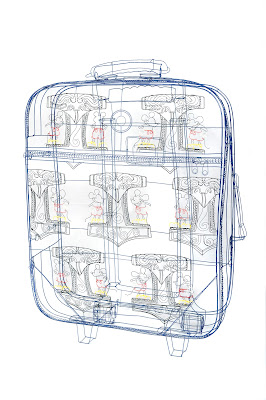 In 2012 Cathy took part in a residency at Eagle House, Stafford as part of Making Moves, a project involving a series of nine residencies taking place in community settings across the West Midlands.

Eagle House is run by Midland Heart. It serves as a place where those those facing homelessness can live for up to two years in a supported environment. For nine weeks Cathy worked with a group on an art project that was then displayed in the Shire Hall Gallery. After the experience of the residency Cathy made a piece for the Making Moves exhibition which toured various venues around the West Midlands.

Research led Cathy to investigate what made the group happy. The results were surprising and allowed her to explore imagery such as Disney, Thor's Hammer and military badges. She used these icons to create a pattern that acted as a memento to her time working with the group. She then applied the pattern to a suitcase, an object that was familiar at Eagle House - you could commonly hear them rattling along the corridors with new people moving in and old people moving out...
For more details on Making Moves click here 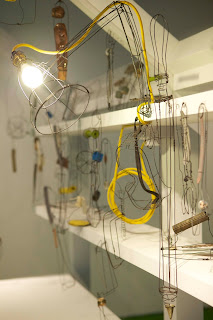 The Tool Shed was a museumaker commission exhibited in 2010 at the Guildhall Museum, Rochester, Kent. It was an installation that encompassed making sessions involving over 250 participants. The Tool Shed was inspired by the museum's star exhibit, The Seaton Tool Chest, which houses the most pristine set of 18th Century Furniture making tools in the world.

The shed was a space that celebrated making and story telling. It was a timber structure which contained a riot of wire sculptural tools made by Cathy Miles and many other 'tool makers'. During the life of the exhibition the shed slowly filled up with tools made during a series of community tool making workshops and during Cathy's residency inside the shed where museum visitors could watch her making the sculpture and explore the display within the shed.

It was on display for four months and won the Medway Culture Award for Visual Arts in 2010. 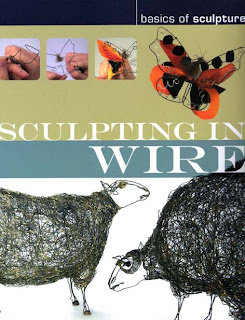 Sculpting in Wire was written by Cathy and published by A&C Black in 2009.

It is a technical guide to wire sculpture aimed at beginners, with projects gradually increasing in difficulty. There is also a gallery section showcasing a variety of different wire sculptors.